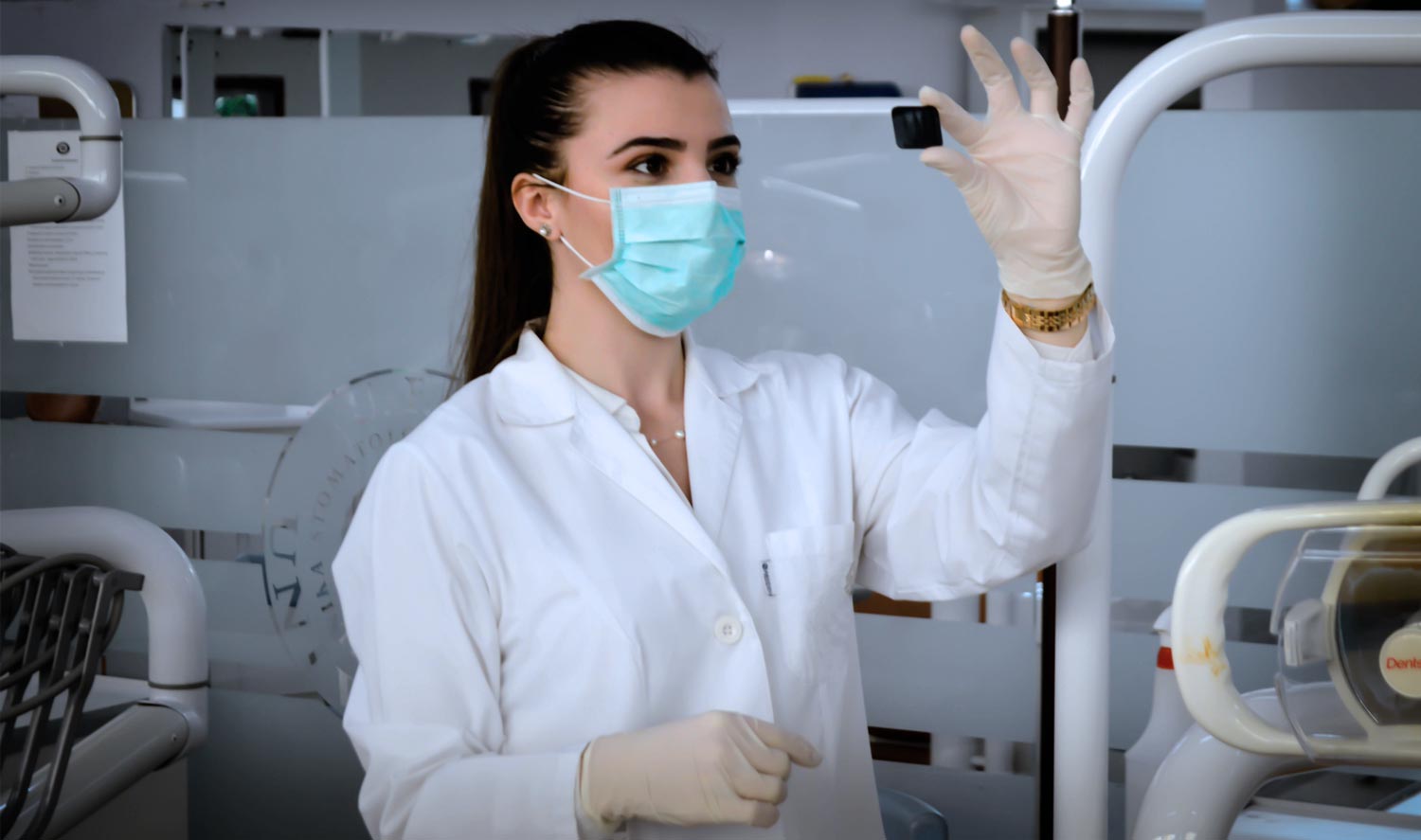 Experts believe that there is a close relationship between depression, stress and anxiety, and those who are stressed and anxious are more likely to develop depression, and sometimes stress is a facilitator of depression. It is said that by 2020, depression will be the second leading cause of death in the world after cardiovascular disease. Due to the increase in depression, the market revenues for depressive medicines will increase in the coming years. These statistics are a warning signal for more attention to unwanted and inappropriate treatment of mental and psychological problems.

Each ml of Parsiteb 9 contains Thymol, Citronellal, limonene, Crocin, Anthocyanin, Cichoriine, Quercetin, Octacosanol and cinnamaldehyde (It should be noted that this component is an essential component of these plant that is effective in the treatment of mental diseases).

Applications of this herbal distilled are following:
Treatment for mental disorders including depression, anxiety, Alzheimer's, stress and fatigue, Obsessive-Compulsive Disorder and Parkinson's, as well as memory enhancement.

The early stages of the clinical tests were conducted in a pilot experiment. For this purpose the product was used as a supplement in the diet of patients. So, repeatedly checked the positive effects of the product on patients with mental problems. The results have shown that in 80% of the people who were considered as clinical community, taking this diet disrupted the symptoms of the disease. The minimum performance of this product for other people has been to prevent the progression of mental disease.

The usage of this product is 80-100 ml per day and 2 hours before lunch. The best time to use it at the height of thirst (the thirstier patient can absorb the product more).

It should be noted that the duration of using Parsiteb 9 and achieve a complete result depends on the duration of the person's diseases, the presence or absence of other diseases, the age of the patient, the degree of observance and the extent of the disease. In general, for a moderate level of diseases, the period is one month. This product is not recommended for people with constipation.

Physiological memory training in the brain is caused by neural activity and as a result of changes in the sensitivity of synaptic conduction between neurons. Brain injuries are one of the most common causes of disability in the world, which imposes many costs on families (Watts, 2013). The possibility of neuronal death in these injuries may lead to neurological defects and disabilities. One of the primary effects of these injuries is vascular rupture and death of the glial cells, which is associated with a number of secondary complications such as increased intracranial pressure, hypoxia, and inflammation (Quirié, 2013). Studies in this field show that the release of free radicals and unconventional stimulation of neurotransmitters contribute to the induction of primary and secondary injuries (Magenta, 2013).

The hippocampal structure is part of the anterior brain located on the inner surface of the temporal lobe and undergoes changes in the aging process and in brain injuries more than other parts of the brain (Okada, 2013). The pyramid cells in the hippocampal system are very sensitive to oxygen deficiency and after the general ischemia, they suffer from cell death (Kirino, 1982). Continuing this process leads to an increase in free radicals such as superoxide, hydroxyl, and hydrogen peroxide, which results in degradation of the cell membrane and increased lipid peroxidation and death of neurons (Bromont, 1989). Investigations show that the phenolic acids, flavonoids, Monoterpenes and Sesquiterpenes in the psycho-digest are involved in modulating and decreasing adrenergic receptor function in the hippocampus and other regions of the brain (Nakajima, 2016) and may interfere with other neurotransmitter systems such as GABA, serotonin and adenosine (Carrettiero, 2009). These compounds also affect the absorption and release of GABA synaptic neurotransmitters in the formation of the brain's hippocampus (Ortiz, 1999). These compounds not only have supportive effects on the structure of the hippocampus, but also prevent the destruction and death of neurons in Parkinson's disease. In addition, neuronal degeneration and death prevent aging or neurodegenerative diseases (Makobongo, 2014). The antioxidant activity of the Parsiteb 9 reduces the peroxidation of lipids in the brain's cortex (Suhaj, 2006). Dopamine has been introduced as a potential substrate in the formulation of synaptic and mechanisms involved in memory (Jay, 2003). Anthocyanidin, flavonoids, aglycones, and gamma-fatty acids also increase memory by stimulating the secretion of dopamine (Funes et al., 2009). In addition, flavonoids improve brain healing and contribute to memory and learning ability. The possible mechanisms of the effects of flavonoids on brain function, their relationship with effective processes in cell survival, differentiation, and the formation of memory. Therefore, considering that the Parsiteb 9 contains many flavonoids, memory and learning increase is due to their positive effect.

Alzheimer's disease (AD) is an irreversible neurodegenerative disorder that gradually occurs, resulting in memory loss, unusual behavior, personality changes, and decreased the thinking ability (Parihar, 2000). Currently, the most accepted treatment strategy in AD is cholinesterase inhibitors that can inhibit acetylcholinesterase enzymes to increase acetylcholine levels in the brain. Acetylcholinesterase inhibitors include rivastigmine, tacrine, dopedel, and galantamine. Free radicals such as superoxide, hydroxyl and hydrogen peroxide are released, which can destroy cell membranes and increase lipid peroxidation and death of neurons (Bromont, 1989). So it increases the aging process and brain damage. The antioxidant compounds present in the psycho-digest make oxidative stress reducing the balance between free radicals and the antioxidant system, thus preventing the cell's action and aging process (Bassett, 200). One of the characteristics of the Parsiteb 9 with regard to the plants used in it, is the application of neuroprotective effects through inhibition of acetylcholinesterase enzyme or inhibition of oxidative stress. For example, quercetin present in the product have the inhibition of free radicals (Trofimiuk, 2005). The effects of Parsiteb 9 compounds on neurotransmitters as well as inhibition of glucocorticoids under chronic stress conditions can also be useful in neuronal degenerative diseases such as Alzheimer's (Benhammou, 2013). Cinnamon contains two ultra-anti-alzheimer combinations. These two combinations include Cinnamaldehyde and epithecate, which prevents the accumulation of Tau protein, which is the cause of Alzheimer's disease. This protein that causes dementia causes problems in the internal communication of neurons and disrupts the unity and cooperation of some brain tissues (Frydman, 2011). Therefore, despite the existence of various antioxidants in the body, the body's defense system is not able to eliminate free radicals and there is a need to supply antioxidants from external sources that can be supplied with supplements. For this reason, the use of this product is recommended because of the high amount of antioxidants. Because herbal antioxidants usually produce less complications and better treatments (Schaffer, 2005).

After Alzheimer's, Parkinson's is considered as the second most common progressive neurodegenerative disease. Parkinson's is a type of neuromuscular disorder that occurs due to the analysis of brain cells producing dopamine (a type of neurotransmitter), usually occurring at the age of 60 years. In other words, a reduction in the level of dopamine and consequently a disturbance in the level of dopamine-vasylcholine in the brain glands of the brain leads to symptoms of the disease. On the other hand, due to the brain's need for significant amounts of energy and oxygen, the striatum tissue is susceptible to oxidative damage, and the increased oxidative stress of the brain at an advanced age is the cause of Parkinson's disease (Victor et al., 2001). Oxidative stress is the result of an imbalance between the formation and destruction of pro-oxidants and the reduction of cellular antioxidant protective mechanisms that may lead to increased cell damage and memory loss (Cunnane et al., 2009). The compounds in this product, by inhibiting the monoamine oxidase enzyme in the brain, inhibit the breakdown of dopamine, serotonin and light epinephrine, thereby reducing the effectiveness of the disease. Verbaccoside has a protective effect against the neurotoxicity caused by MPP + (ion-1-methyl-4-phenylpyridinium) in PC12 cells. By reducing the activation of caspase 3, reducing the amount of extracellular peroxide hydrogen and increasing the mitochondrial cell membrane potential, it inhibits apoptosis and oxidative stress induced by MPP + (ion-1-methyl-4-phenylpyridinium) in these cells. It can therefore be useful in the treatment of neurological diseases such as Parkinson's (Sheng et al., 2002). The antioxidant compounds can reduce apoptosis of neurons by reducing the oxidative stress and increase spatial memory and Parkinson's disease. The compounds present in the Parsiteb 9, due to their antioxidant properties, inhibit the activation of microglyl, to prevent inflammation, by the degeneration of dopaminergic neurons. Also, by controlling the pre-inflammatory factors or the generation of dismutase, they will have anti-disease effects.

In psychiatry, depression refers to a specific symptom or set of symptoms in certain cases, which is to change the mood from the normal state to the sadness. Depending on its severity or duration, can be changed (Kohler et al., 2014). The pathophysiological causes of depression are very complex. However, the major disorder in the brain's monoaminal neurotransmitter system, such as norepinephrine, dopamine and serotonin, is the main cause of depression (Guan and Liu, 2016). Reducing the secretion of these neurotransmitters, impairing the expression and function of their receptors, neuroendocrine abnormalities involved in neurogenesis, such as reducing the expression of Brain-derived neurotropic factor (BDNF), endogenous opioid dysfunction, changes in the gabragic and glutamargic system, changes in type and the level of cytokine secretion and disturbances in nocturnal rhythms are among the causes of depression. Component in the Parsiteb 9, including limonene is able to protect PC12 neuronal cells from cell death. Oxidative stress is the main cause of neuronal degeneration in many neurological disorders (Sims, 1996; Behl, 1999). Oxidative stress involves damage to DNA, increased lipid and protein oxidation, and is a major contributor to neurodegenerative diseases (Behl, 1999). Millions of people die every year with neuronal degeneration. Therefore, the use of antioxidant herbal medicines to reduce the oxidative stress and thus reduce neuronal degeneration can be one of the solutions to the treatment of these neurological disorders (Balunas, 2005; Behl, 1999).

GABA is an important neurotransmitter in the central nervous system of mammals, generally plays an inhibitory role, which inhibits neuronal stimulation or weakens them. Studies have shown that GABAARGIC system and GABA receptor are the most important systems involved in anxiety. The compounds present in the Parsiteb 9 bind to the molecular components of the GABA receptor in the neuronal membrane of the central nervous system, leading to the opening of the chlorine channel, thereby exerting anxiolytic, sedative, and muscle relaxant effects (Kuroda et al., 2000). Also, the compounds in the Parsiteb 9, including valproic acid, amidone, reduce the stress and anxiety by decreasing the gobbatic level and weakening the binding of receptors in the nervous system (Houghton, 1999). The pyroclastic compounds have high levels of phytochemicals, phenol carotenoids, and thiols, which play an important role in inhibiting the function of free radicals (Benhammou, 2013). It also inhibits the transaminase enzyme that degrades and reduces GABA in the nervous system and increases the levels of GABA in the brain (Rezaie, 2010). Flavonoids and phenolic acids, such as Coumarin and limonene, reduce serum Corticosterone levels and also increase GABA levels (Feliu-Hemmelmann, 2013).So, they have anti-depressant, anti-anxiety and hypnotic effects (Hanrahan, 2003). On the other hand, flavonoids also act as benzodiazepine receptor agonists and thus exert their effects (Akhlaghi, 2011). Also, the heptamethoxyflavone (HMF1) flavonoids present in the pacemaker results in an increase in BDNF and, since BDNF plays an important role in the pathophysiology of depression, it can also be effective in the treatment of depression (Nakajima et al, 2016).